Art and exploitation seem to exist on a one-way street. When given the time of the day, we often hear or read about the exploitation found within art, but rarely about the art in exploitation. Cinema is riddled with problems. In the era of think-pieces, art arrives problematic on arrival. This is not inherently a bad thing, but tends to cast a pall over the art of yesteryear, whose faults and antiquities are only magnified as we try to rectify for sins of cinema past.

This site doesn’t attempt to be comprehensive. It is by no means enlightening. And for god sake’s, do not call it informed. The only intention behind these writings are to illuminate some of the darker corners of cinema. Call it an infatuation with art that has no shame. While the site was born with three primary schools of exploitative cinema in mind: horror, hardcore pornography from the golden age of adult films, and sexploitation, that is not all that will be discussed. These distinctions are often blurred or besides the point, and frankly will not limit what will or will not be written about on this site. It is merely the trifecta that formed this author’s entrypoint into filth. After a decade (and counting) of seriously viewing “cinema” (through the canon that’s typically cited), it’s time to appraise the films that history wasn’t able to forget, despite its best efforts.

View all posts by The Projexionist 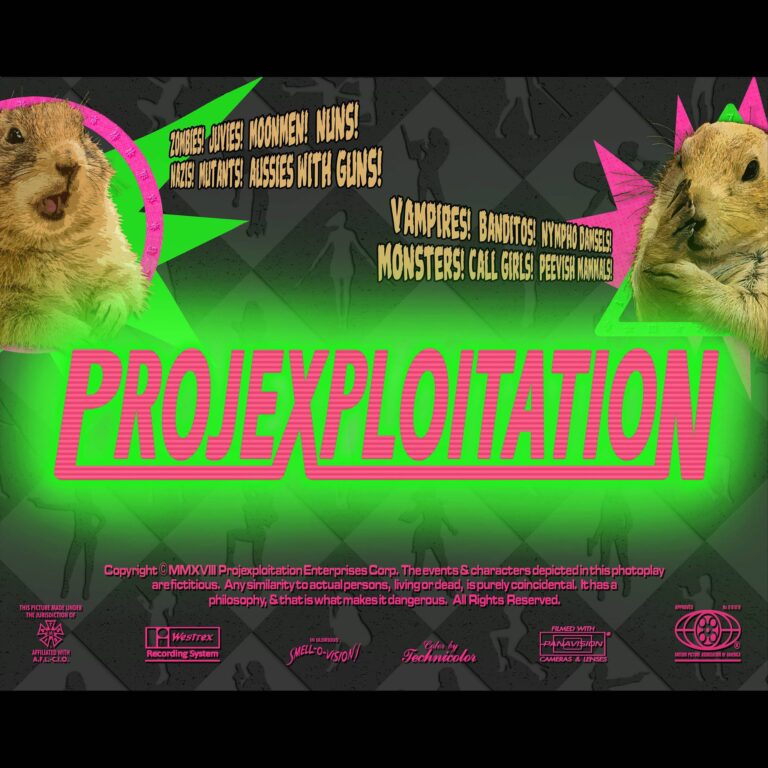 Turn off your engines because the show’s about to start. Welcome back to another season of Projexploitation! We kick off this season with Dead End Drive-In from 1986. A great Ozploitation classic from Brian Trenchard-Smith that asks the age-old question: what if a fascist regime set up concentration camps in desolate drive-in movie theaters.

Listen to our podcast on Apple Podcasts, Stitcher, Spotify, Amazon, and wherever podcast feeds are pulled. Rate/review our podcast wherever you listen to it, to help us out. We appreciate your support!

Follow us on Twitter (at) @projexpod and email us at projexploitation@gmail.com if you want to hit us up with your thoughts, reviews, suggestions, personal fears, social security number, or just want to talk film. We’d love to hear from you.

Starting Saturday off with a roll of the Dice…

Watching the new 4K disc put out by @VinegarSyndrome.

The transfer is stunning.

Time for another round of Jess Franco

Should I do a bracket in October… should I become a bracket guy? 2

Finishing the night with a classic to celebrate @letterboxd’s recent foray into adult films.